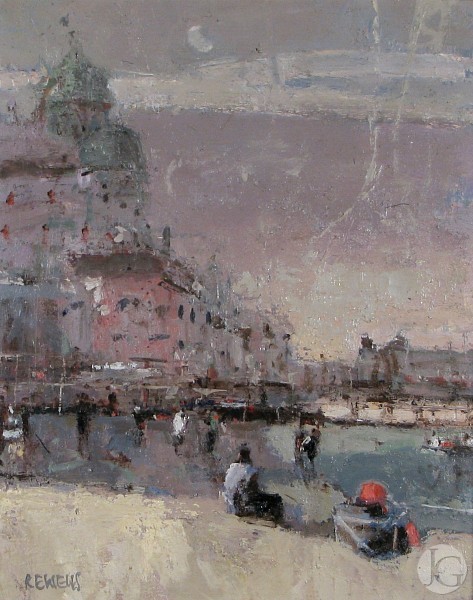 Robert Well's work can be seen in our December exhibition.  Please click here to view the pictures.

Born, 1956, in Yorkshire Robert studied at Batley School of Art and Design near Leeds. Following this training he worked as an architectural illustrator. In 1988 he moved to London to study The Illustration and Rendering of Architectural Spaces at University of East London. Returning to painting Robert extended his range of subjects to encompass landscape and city scenes, along with the inhabitants of those cities. Much of his landscape subjects depict the North Yorkshire moors showing the people and animals inhabiting that landscape. Many of his landscape paintings are painted ‘en plein air' and it is in these smaller pieces that he depicts with careful observation the subtle nuances of the changing weather and light on that landscape.  In his compositions of people, in the smaller works in oil on paper, Robert will depict only one or two people. As in his ‘en plein air' landscape paintings Robert draws out in depth the character and behaviour of the people being observed. He has exhibited in private galleries in London and the provinces. A member of the Royal Federation of British Artists, Robert has been recognised at the R.B.A., with many awards including in 2014 the Davison Prize. In 2012 he was awarded the Howard de Walden Prize in association with Thompson's Gallery.  In June 2017 he was elected a member of the New English Arts Club. 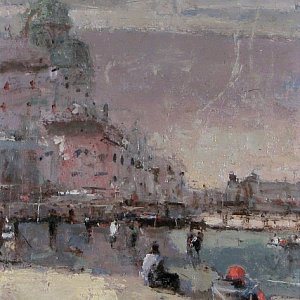 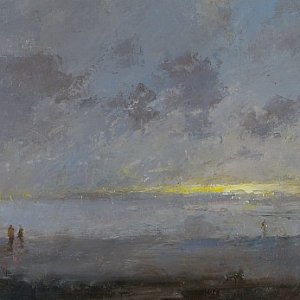