Born in 1971, Mhairi McGregor studied at Glasgow School of Art gaining a BA (Hons) in Fine Art and while there she received awards including from the Glasgow School of Art Landscape Drawing Prize and a John Kinross Scholarship - 3 months working in Florence, Italy.  After graduating in 1993 she spent some time painting in Australia and has also painted in Arizona, New Mexico and Canada, as well as in the United Kingdom.
Mhairi says ‘I never want to lose sight completely of what it was that inspired me to paint a particular scene.  I love colour, especially layers of colour on top of one another which gives both a depth of paint and sometimes a glimpse of what was there before.’
Mhairi’s emotional response to subjects comes through in her paintings.  Initial sketches are developed into more abstract works and her landscapes evoke a sense of place affected by a rich, fluid impasto paint surface.  The spontaneity of her painting is apparent and this is because she does not re-work a canvas and, if she is not satisfied with the composition, will begin again with a fresh canvas.
She has been awarded a number of prizes and scholarships and has exhibited in London and throughout the United Kingdom. Mhairi's work has been exhibited at the Royal Scottish Society of Painters in Watercolour, of which she is a member, Royal Academy, Royal Scottish Academy, and Royal Glasgow Institute. 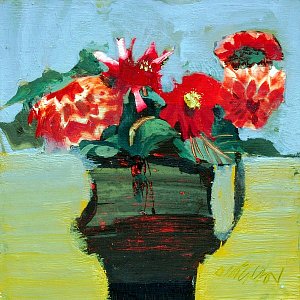 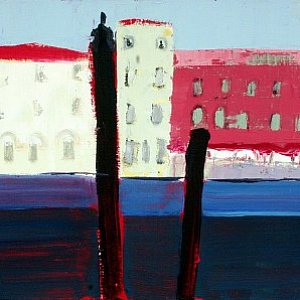