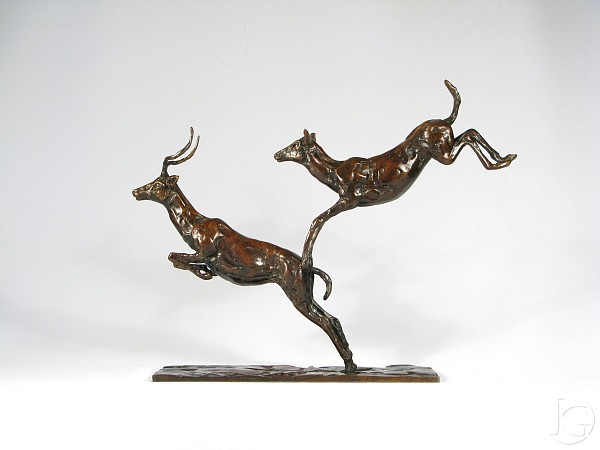 Born in 1958 in London, Mark Coreth was brought up on the family farm in Kenya until 1971. He  was commissioned, in 1976, into the Blues and Royals where he served from 1979 – 1993, with distinction in Northern Ireland, Cyprus, the Falklands, Germany.
Teaching himself to sculpt during his time in the Army, Mark can genuinely be described as entirely self-taught. A commission, in bronze, was the Household Cavalry's wedding gift to The Duke and Duchess of York.  Mark retired from the army in 1993 to sculpt full time.
Mark Coreth’s first solo exhibition was in London in 1986, with subsequent exhibitions around the world, located in New York, Europe and in 2021 in Moscow. Throughout this period Mark Coreth has undertaken many commissions including a monumental dragon, positioned on the entrance gate, for a vineyard in St Emilion. A life size bronze of the race horse Frankel is at the Ascot Race Course. In 2016 Mark was commissioned by The St John of Jerusalem Eye Hospital to create a sculpture for their garden and clinic in the Muristan in the Old City of Jerusalem. His sculpture, The Tree of Hope, is an olive tree forged in bronze, surrounded by a canopy of Swifts.
Mark sculpts field studies in the wild with the subjects in front of him, these are his ‘sketches’, they add to his memory bank. These form the backbone of work for him to develop when  in his studio. By working in this way and alongside local guides he gains a deep knowledge of the subject in a way that he could never achieve otherwise. His journeys have taken him to some harsh and wonderful places other than his beloved Africa and in particular, Kenya. He has travelled to Ladakh, the High Arctic and the Russian Far East. 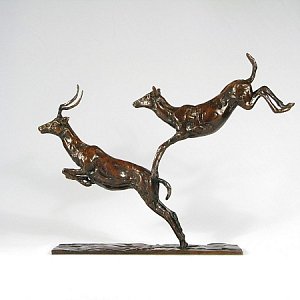 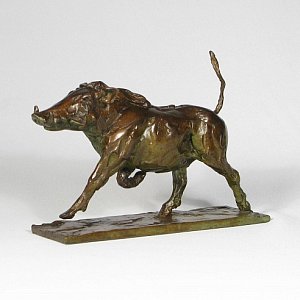 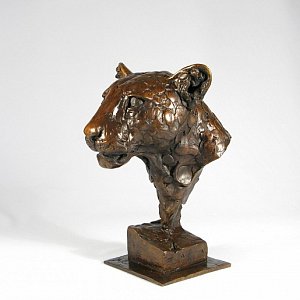 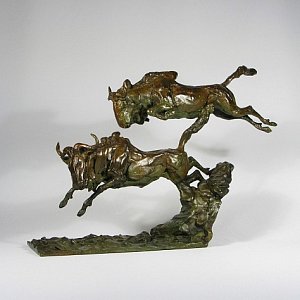 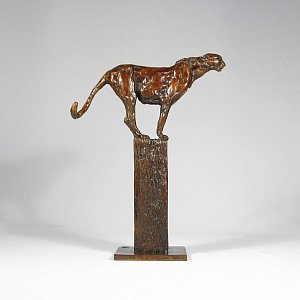