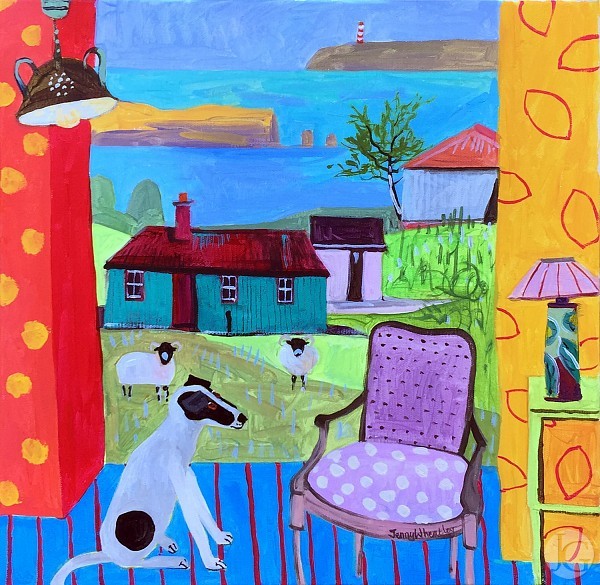 Jenny Wheatley, born in 1959, trained at West Surrey College of Art and Design. In 1983 she won the Elizabeth Greenshield Foundation Award which enabled her to travel extensively in Europe, culminating in spending a year painting in Cyprus. In 1987 and 1988 she also took extended sponsored trips to India and the South Seas, spending five weeks with the joint British/Indian army travelling through Kashmir into Ladakh and a further six months travelling on working cargo boats and painting in Polynesia respectively.
These trips and many others have shaped her views on colour and design and, while working in situ to create studies, analysing and learning her subjects; she works up these studies in her studio trying to recreate her experiences and creating the “taste and sense of place” from distilled memories and compiled imagery.
She works predominantly in oil and acrylic and is also distinguished watercolourist. Her work is characterised by a variety of strongly coloured patterns worked over the entire surface of each canvas or sheet of paper to sophisticated and playful effect.
Jenny was elected to the New English Art Club in 1983 and to the Royal Watercolour Society in 1984 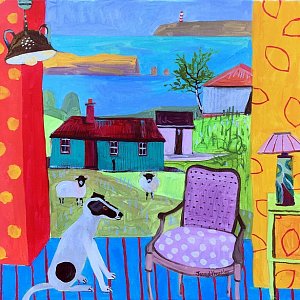