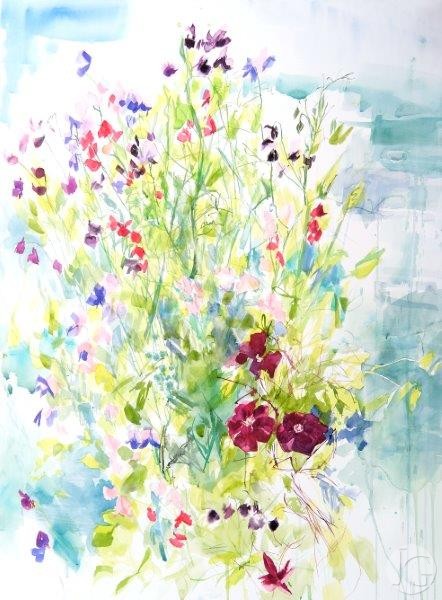 Jenny studied Drawing and Painting at Edinburgh College of Art.  Dame Elizabeth Blackadder DBE is an influence on Jenny’s work and was her tutor during her degree course at the Royal Botanical Garden, Edinburgh. From her, Jenny developed a love of watercolour, flowers and plants which have been the key focus of her career. Jenny describes the medium watercolour as central to her wor and her depiction of nature:
“Watercolour seems to have its origins in the rain. There is something elemental and captivating about creating an image by simply dissolving pigments in water and applying them to paper. Watercolour becomes an extension of the natural world.”
Primarily known for her depictions of flowers she says of these subjects that it is the colour and form that attracts her.  The weather, the seasons and the time of day provide an ever-changing palette and an ever-changing resource for ideas.
In 2007 and 2015 Jenny was awarded prizes at the Royal Watercolour Society (RWS), London, and in 2016 was nominated for the international watercolour prize ‘Marche d’Acqua’ in Italy. In 2017 she was Artist in Residence at the Museo della Carta e della Filigrana in Fabriano, Italy. Living now in Scotland she has previously lived in France and Indonesia.  Jenny’s work is in numerous private and corporate collections.
She is a member of the Royal Scottish Society of Painters in Watercolour. 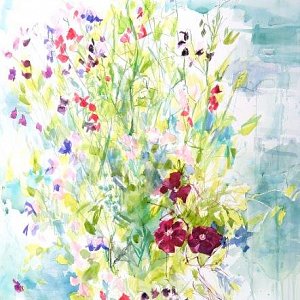 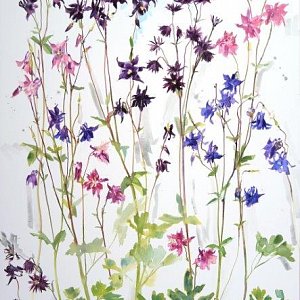 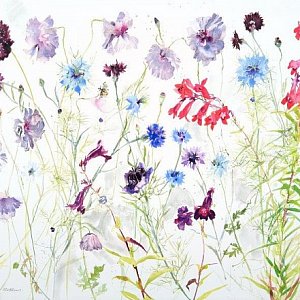 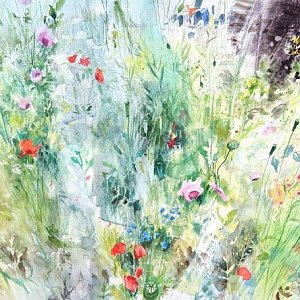 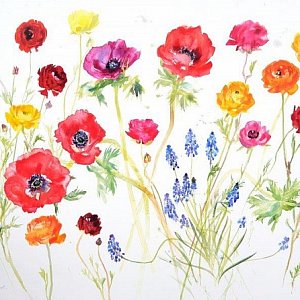