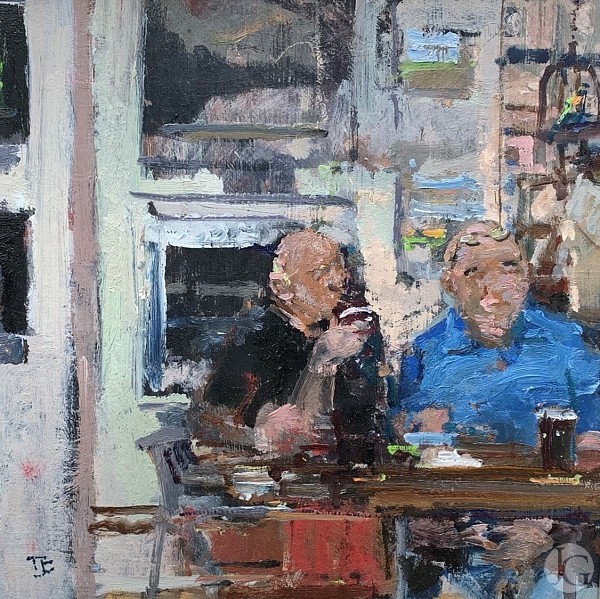 Tom Coates was born in 1941.  He studied first at Bournville College of Art and Birmingham College of Art, and won a scholarship to the Royal Academy Schools in 1961. In his own words, “At my first college…my principal Capel Smith told me to go into graphics. ‘No’, I replied, ‘I want to paint!’.  At my second college…I painted everything and anything – from industrial scenes to coal mines where I worked on twilight shift. I had no grant as my parents had emigrated to New Zealand, to the luxury of painting in the warmth of the studio.” Coates’ work is recognisable for his instinctive and spontaneous response to his subjects.  In the words of fellow artist David Wolfers, “Tom paints with a sense of urgency and has a natural ability to express what he sees on canvas. He is a prolific painter for whom technique is second nature.”.  Coates’ free and painterly facture is always underlain with strong draughtsmanship and carries a sketchbook in a bespoke pochard box for his oils wherever goes.  Coates works in watercolours, oils and pastels, and, amongst a varied subject matter, is known for his very original portraiture. Coates travels widely, particularly to Venice with his wife, painter Mary Jackson.  As described by Kenneth McConkey, from the mid-1970s, the couple formed a “cluster of painterly plein-airistes (who) ensured the furtherance of New English Impressionism” when they began to exhibit at the NEAC alongside such artists as Peter Kuhfeld and Richard Pikesley.  Tom Coates has exhibited at the Royal Academy Summer Exhibition since 1980 and his work is in many private collections. 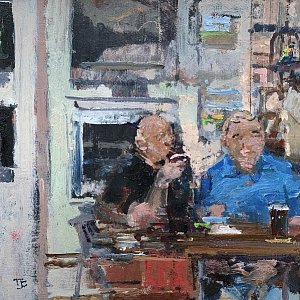