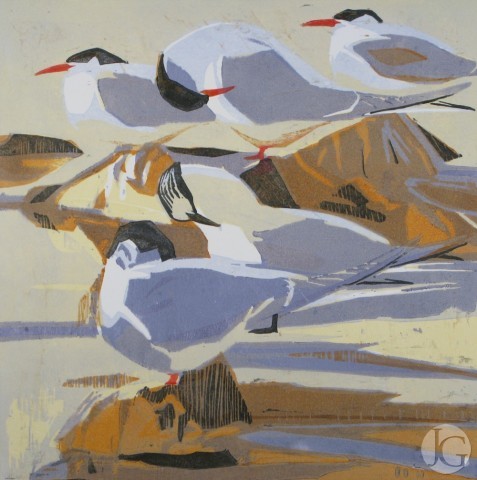 Born in 1950, Robert studied at Eastbourne and Maidstone Art Colleges, graduating in graphic design. Since then he has made a living as a print maker and painter, working mainly in watercolour, oils, woodcut and drypoint. The drypoints and some of the woodcuts are printed in black and hand-coloured with watercolour, whilst others involve the cutting and printing of a separate block for each colour. His subjects are mainly wildlife, domestic animals, and landscape. He places great emphasis upon observing and sketching in the field and his watercolours are frequently made directly from life. This approach lends a lively spontaneity and authenticity to the work, which is often difficult to achieve in the studio.Robert was elected a Member of the Society of Wildlife Artists in 1981 and a member of the Royal Society of British Artists in 1982. He is also a member of a group known as the Artists for Nature Foundation, which is a charity formed in 1991 to focus attention on threatened areas of the world. His work appears in many of their published books. He has travelled extensively covering the wildlife of various geographical areas and was an artist in residence for four years in the French Alps.Robert's work has been shown in many mixed exhibitions and one man shows throughout the U.K., the U.S.A. and Europe and his work in is in many collections throughout the world. 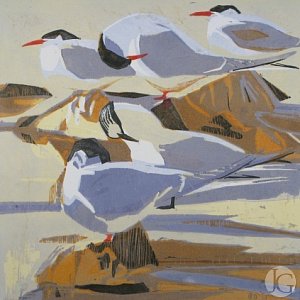 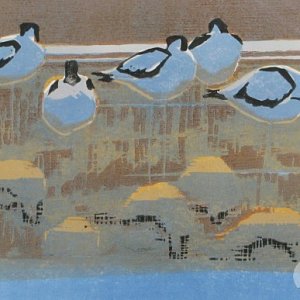 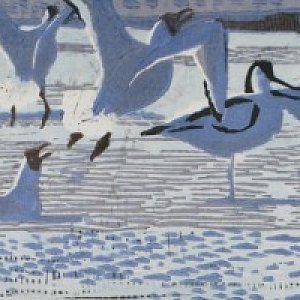 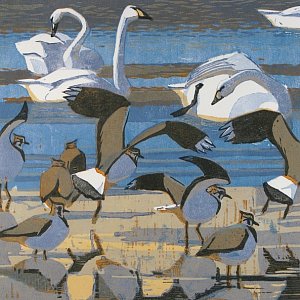